OMG! I am so sick of people! Ok, maybe that’s a little generalistic (apparently that’s not a word). Maybe I’m just sick to death of people who think they are right, and everyone else is wrong. What if we are all right? Or all wrong? Really – who gives a shit. Well, obviously a lot of people do, or they wouldn’t be voicing their opinions so loudly – like me 😉
Ok, so how about this idea; maybe instead of trying so hard to be the one who is right, maybe, just maybe, we could all just love and accept each other. Accepting doesn’t mean you have to agree. It just means you are a nice enough person to not make another feel ‘wrong’ or inferior because your belief system doesn’t agree with theirs.
I love this definition of acceptance: Acceptance in human psychology is a person’s assent to the reality of a situation, recognizing a process or condition (often a negative or uncomfortable situation) without attempting to change it or protest it. (definition from Wikipedia – so not sure if people will accept that or not – lol) 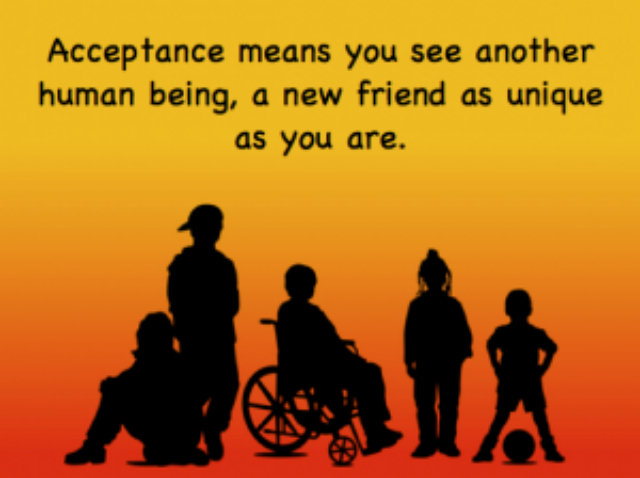